I got a medal!

- January 26, 2010
Last Sunday, Nick and I participated in the 3M relay half-marathon in Austin. He took the first leg -- 6.4 miles -- while I did the second leg -- 6.7 miles. The morning started about 6, still dark, very cold and windy. After an hour delay, the first half of the race finally started and I just had to wait for Nick to show up and tag me in. I was so far from confident.

Thankfully, Nick was faster than either of us expected, giving me a good lead time. You may remember my last race experience, the San Antonio Rock N Roll Half Marathon in November. The heart-breaking truth of that race was that I was too slow to stay ahead of the sweepers and got pushed out at mile 6. I know I didn't get any faster since then, so I was expecting the same sort of thing.

Did I mention it was pretty cold Sunday morning? Exercising in cold air tends to give me asthma. Half a mile into my leg of the race I was having an asthma attack, and everyone around me was passing me. I stopped at the portypots to call Nick and essentially tap the mat. "I'll keep going, but I have to slow down. I don't know how far I'll get." He admitted later he was disappointed in me, sure I would psych myself out.

Boy, I tried. I spent the next mile expecting my inevitable collapse to cause me great embarrassment. I thought about EMS for an inhaler, but thought that would surely get my pulled off the course. Then I hit the 8-mile mark and I looked at the clock. The race organizers had clearly mislabeled the course because the last mile had been too short! But it was warming up and my breathing was easier, so I kept moving. Then the next mile? Also much shorter than I expected! My fourth mile was the fastest mile I've ever done! EVER.

But let's be clear, I had not sprouted wings on my heels. I was struggling. A woman behind me declared that she smelled bacon cooking in the vicinity and I assured her it was just my feet sizzling. I ran and ran and ran, but it must have actually looked like a zombie shuffle.

I found myself the target of frequent encouragement from racers passing me (and there were a lot).

Just remember you can do it.

I assume I draw attention because I don't look like people who run races. I look like I need lots of extra encouragement. And that's ok, because I do need it.

I finished, and not dead last. I got my medal, a cup of water, and the final indignity of having to climb a hill to get on the shuttle bus! While the other runners on the bus chatted about their third place medals and their 20th full marathons, I begged my legs to be capable of standing when the bus stopped.

Next challenge, a 4-mile race on Feb. 6. No problem! Intermediate challenge: Nick said after I run 100 miles I can have a treadmill!! 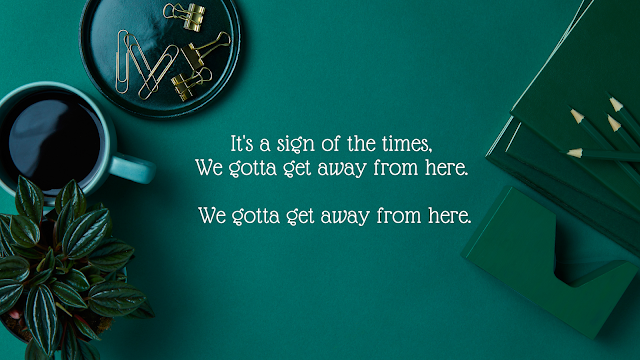 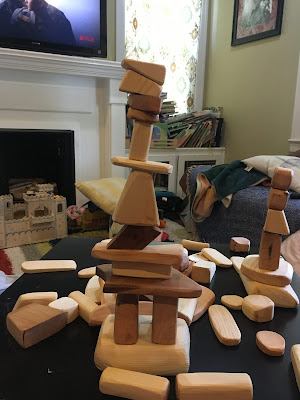